It’s time for the return of Saturday betting and I’ve been casting my eye over the top 5 leagues in England to pick one team from each league that I think can bag 3 points and seal a leg of our acca. Hopefully all 5 can roll home and we’ll be in the money!

Fancy our acca? Jump on it at Coral now and you’ll also land yourself a £20 free bet. Get on here

There’s a lot of tight fixtures in the Premier League this weekend but this one seems to be the opposite of that.

United come into this game after an impressive win against West Ham in the FA Cup and with a record of 7-2-1 in their last 10 here at Old Trafford it’s hard to see past a routine victory a relegated Villa side.

I don’t need to explain how dire Villa have been this season really do I? 8 losses on the bounce now in the league and just 6 points collected from a possible 48 on their travels say it all really.

The win market is a bit short here so I’m going to take United to win to nil in the knowledge that 3 of United’s last 4 home wins have been with a clean sheet intact, and Villa have managed just 2 goals in their last 7 on the road.

The Blues have pretty much blown their chances of the playoffs after a poor run which was capped off with a 1-2 loss at home to Leeds in the week. They’ve won just 1 of their last 7 games now and are 3 games without a win here at St Andrews. And to top it all off, the visitors on Saturday are high flying Burnley who need to keep going if they are to secure automatic promotion.

They’re undefeated in 18 league games now, winning 13 of those, and it’s that run which see’s them only 2 points behind league leaders Middlesbrough. I’m confident that they can continue their impressive season and heap the pressure on Boro this Saturday.

BET: Burnley to win at 5/4 with Coral

Regular readers of this little article and anyone who follows League One football will already know about the woes of Doncaster Rovers, but for those who do neither, let me explain quickly with a few quickfire stats; 3 points from the last 45 available, 6 losses in their last 7 away games, 1 win in 2016, I could go on but I feel harsh if you’re a Doncaster fan so I’ll stop to save you.

Wigan on the other hand are flying high and after a disappointing start to their season they now sit top of the league and 4 points clear. With a 9 point advantage over 3rd placed Walsall, 5 wins on the bounce and no loss in 20 league games, it looks more of a matter of WHEN they are promoted than IF now, and Doncaster look like a deer in headlights heading into this one.

You just can’t deny the fact that one of the real great stories of this season is Accrington Stanley. From their woes as a non-league club it’s been 10 years at league level now and what a way to celebrate that 10 year anniversary than to make it to League One.

Sitting in 3rd, 2 points clear of 4th placed Bristol Rovers and a playoff spot all but guaranteed, they are in with a real shot and they come into this game against Morecambe having not lost in 7 games.

Morecambe nearly turned a corner the other week with a 4-2 drubbing of Barnet but have since returned to their shocking form with 2-1 and 2-5 losses against bottom side Dagenham and Hartlepool.

Relegation is unlikely to be a threat now given their 13 point advantage with only 15 points available, but even still, they’re lucky this season isn’t 5 games longer or they could well be dragged in.

BET: Accrington to win at 4/7 with Coral

I really want to take the Forest Green win here but it’s a bit on the short side. Sure, they’ve drawn 5 straight league games now but against the most out of form side in the National League I think it’s time for the tide to turn.

They’ve won 15 of their 21 home games here at The New Lawn this season and look to be heading towards the top seed for the playoffs so it’s important to get a win on the board. Woking are in dire form and their season is all but over now with relegation all but impossible and the playoffs out of reach.

In their last 10 games they have collected just 3 points and away from home it’s no win in 7 games, losing 6 of those and conceding a massive 18 goals in the process.

I’m going to take the -1 handicap here though to improve the price a little as it’s on the weak side. 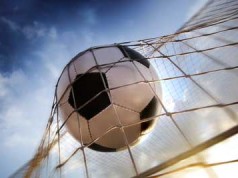