Reading denied us a full sweep of over 2.5 goals tips last week as both other games cruised home. I have mentioned in the past about perming selections and the formula does work. Okay, backing three doubles is three times the stake, or a third of your total stake, but are you betting professionally or just a Saturday ritual?

This week we have a 7/1 with Paddy Power, and will recommend betting three doubles on this as two correct will give you a small profit and all three a tastier return.

A west versus east London derby where Charlton has just six games to save their season and travel west to Loftus road, where Jose Riga’s men look to build on a valuable point earned at Ipswich in midweek.

The mighty QPR are in limbo in the league, where their season is effectively over, but is all about fighting for position now to prepare for next season. Hasslebaink’s QPR has enjoyed recent good form at home winning three of their last four at Loftus Road. Charlton on the road has had a mixed bag winning just once, but losing just twice in the last four. Looking further afield QPR has seen at least two goals in all of their last eight in total with the Addicks seeing six from the last eight.

Admittedly QPR could not overlook the sale of Austin to Southampton earlier this season and has led to speculation that their season tally goals took a downturn. Since Austin’s departure the West Londoners have failed to net in just two games in thirteen.

Looking at this game, the emphasis will be on Riga’s Charlton to pull a result out the bag. With two wins in the head to head, both teams want the win for different reasons. One of which is to escape relegation and the other for pride and position. QPR will not want their recent blip to continue without a win in the last three with more of a reason to overturn this. They should look towards Sebastian Polter or Conor Washington to open the scoring with the possible side-line of Jamie Mackie.

This game should see goals, with the hosts seeing just over half of all games at Loftus with three or more and two-thirds of Charlton away games.

Most bookmakers are around the even money mark for this, and I agree this is a coin toss price, but for two sides with circumstances, could you back the slight odds on for two or fewer goals?

The crowned Johnstone Paints Trophy winners return to Oakwell edging out Oxford to lift the coveted League trophy, which in my eyes is a privilege to win, and a day trip reward for the season.

The pair come into this with the Tykes four points off the play off, but with a game in hand, and Chesterfield hanging on by a thread two points above the drop zone. By no means can Danny Wilson’s men rely on other results around their five club battle in relegation. Saying this, with the recent form of Oldham and Blackpool, both have won the last two to hot up this relegation battle, so could Chesterfield get sucked back in?

Barnsley with their dual management team has certainly played a season to remember, which has led to just one defeat in the last nine. Goal difference could become a factor for the tykes with a reachable small deficit over Millwall, a place above them in the play offs.

In the last two seasons the sides have met three times, with The Spireites unbeaten in this period and can use this as a mind-set strategy to get something from this game. Two of those three games had three or more goals and with both with equal needs both need goals. The Tykes should look toward Sam Winnal to add to the eighteen netted with Conor Hourihane more than capable with nine in the bag this term. Chesterfield with hotshot Blake and Novak are competent enough to break down the Tykes defence, which in recent times has been a fortress to break down.

Regardless of this, both sides have a great need to win this, and see it unlikely of heading down a low scoring route.

Kevin Nolan’s O’s are a point and two places outside the play offs and are the considered favourites to take all three points are the Hive on Saturday. The bees are in fifteenth place managed by former QPR and West Ham legend Martin Allen whose league campaign has been fair to say the least as a end of season evaluation on performance.

Looking at the positioning, Barnet could still put in a final push for position with the very outside chance if they pocketed maximum points for a longshot play off. It is not mathematically impossible, but on the grand scheme, unlikely.

Orient, three without a win should revert against their recent style that has seen a handful of narrow score-lines and their previous encounter was a win to nil for the visitors on the opening day. Despite the bees position, actually has the joint fourth best home record in the division. This has led to the last three resulting in three or more goals. Orient have netted in all but four on the road this season.

Again, looking at the price for goals, evens, or just smidgen odds against is an attractive price to take on especially with Barnet’s recent performances and with Orients quest for League one football, contrasting style could see a goal feast! 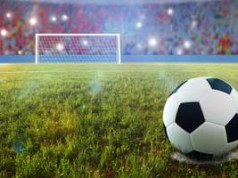