According to many sources, the England squad for Euro 2016 has been leaked. Personally, I’m a little sceptical due to the misprint of Nathaniel Clyne’s name; nevertheless, it has got people talking, and the inclusion of Jack Wilshere has come under intense scrutiny.

A lot of fans are unhappy at seeing the Arsenal man included in the provisional squad, due to the fact he was injured throughout most of the campaign. But Roy Hodgson has every right to pick the 24-year-old, and he should.

Off the pitch, Wilshere’s bad habits are even more transparent than Yaya Toure’s desire to leave Manchester City. On it though, he is still England’s most gifted technical midfielder. Does that make him a better all-round player than Dele Alli? No. Does it make him a better defensive option than Eric Dier? Probably not. Nonetheless, he still has a role to play in the squad, even if it’s not in the starting XI.

If Wilshere does make the cut in that Group B opener with Russia, it would be hard to have too many complaints. England were brilliant in qualifying, and Wilshere was the main man. The Arsenal man matured from a boy to a man following the World Cup in Brazil, inspiring the Three Lions with a string of Man of the Match displays. Hodgson won’t forget that. Meanwhile, his second goal against Slovenia allowed England to escape their singular scare throughout qualifying, ensuring that they ended the campaign with maximum points.

Moreover, if England are going to end half a century of pain, then they’ll need to play with the ball at some stage. A lack of quality when trying to weather the storm has often been a big problem against the top teams; a player like Wilshere can help dictate the pace to ease some of that pressure. Some of Hodgson’s other options boast genuine raw talent, but a maturity will be needed at times. Despite still being relatively young himself, Wilshere can provide it.

Does he start every game? I’d be surprised. But, for me, there’s no question that he offers more than the alternatives of Fabian Delph and co.

The issues with Luke Shaw are fair enough as he’s still unproven for England, and hasn’t even really shown his true talent at club level. In truth, he’s just a young kid that’s had one good season. Of course, he could still become a brilliant player, but his inclusion would be harsh on Danny Rose and others.

As for Wilshere, though, those injuries shouldn’t count against him too much. We know what he can do, and nobody would omit a key player from other nations in a similar situation. Besides, his lack of playing time may leave him with a freshness that we rarely see from England stars.

For me, Wilshere has to go to France. And if you disagree, then you think the same as Stuart Pearce… Let that sink in. 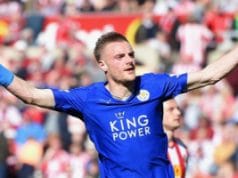